Clowning Around for the Red Cross 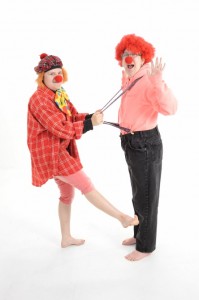 Inspired by the work of the Red Cross, participants at RMACL’s Employment and Transitional skills program, Jessica and Natasha decided they wanted to raise money to support international relief efforts.  “I can’t go to bed at night and not think about those people with nothing and not try to do something” says Natasha. “I have my family and a warm place to eat and sleep. These people have nothing!”

The ladies are hosting a month long fundraiser for the Red Cross and will be collecting money at several locations around Maple Ridge. They hope to raise over $200.00.  If they are successful, a Director at RMACL will be “happily forced to wear a clown costume for the day,” as Jessica Says. The fundraising drive begins September 15th, 2014 and will close October 15thth, 2014. Results and pictures will be posted on the RMACL website!